ME AND MR B


I met Charles Bukowski after Glen Esterly, a colleague and friend, invited me to photograph the not-yet-legendary poet, for a profile he was going to do for Rolling Stone. Tempting as it was to finally grace the pages of the respected counter-culture music publication, I initially refused, as I found Bukowski’s “Dirty Old Man” columns in L.A.’s Free Press to be misogynistic and repugnant. Glen convinced me to attend a poetry reading at Cal State L.A. that weekend, assuring me I would “discover his work to be more mythological than auto-biographical.” To my surprise, I was captivated by my introduction to the bard of the disenfranchised, which I documented in the poem ‘Bukowski Reading 1975’. I returned a week later to gift Mr. B with a portrait, and he was so touched by the unprecedented gesture, he invited me to be his official photographer, and over the past decades my portraits have been on book covers and book jackets of most of his international editions: from Iran to Japan, and Israel to Norway. The rest is history, as expressed in the intimate portraits. 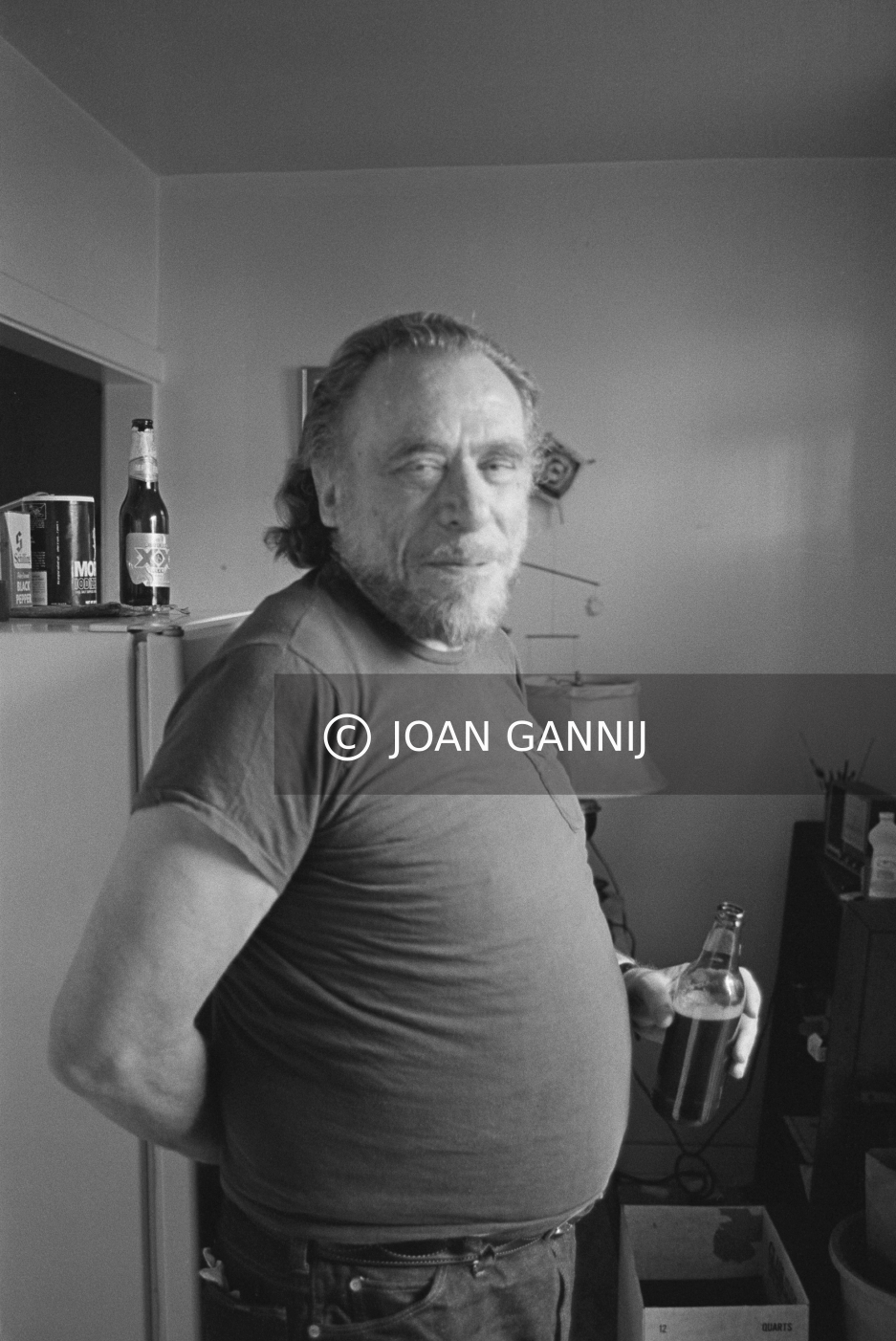 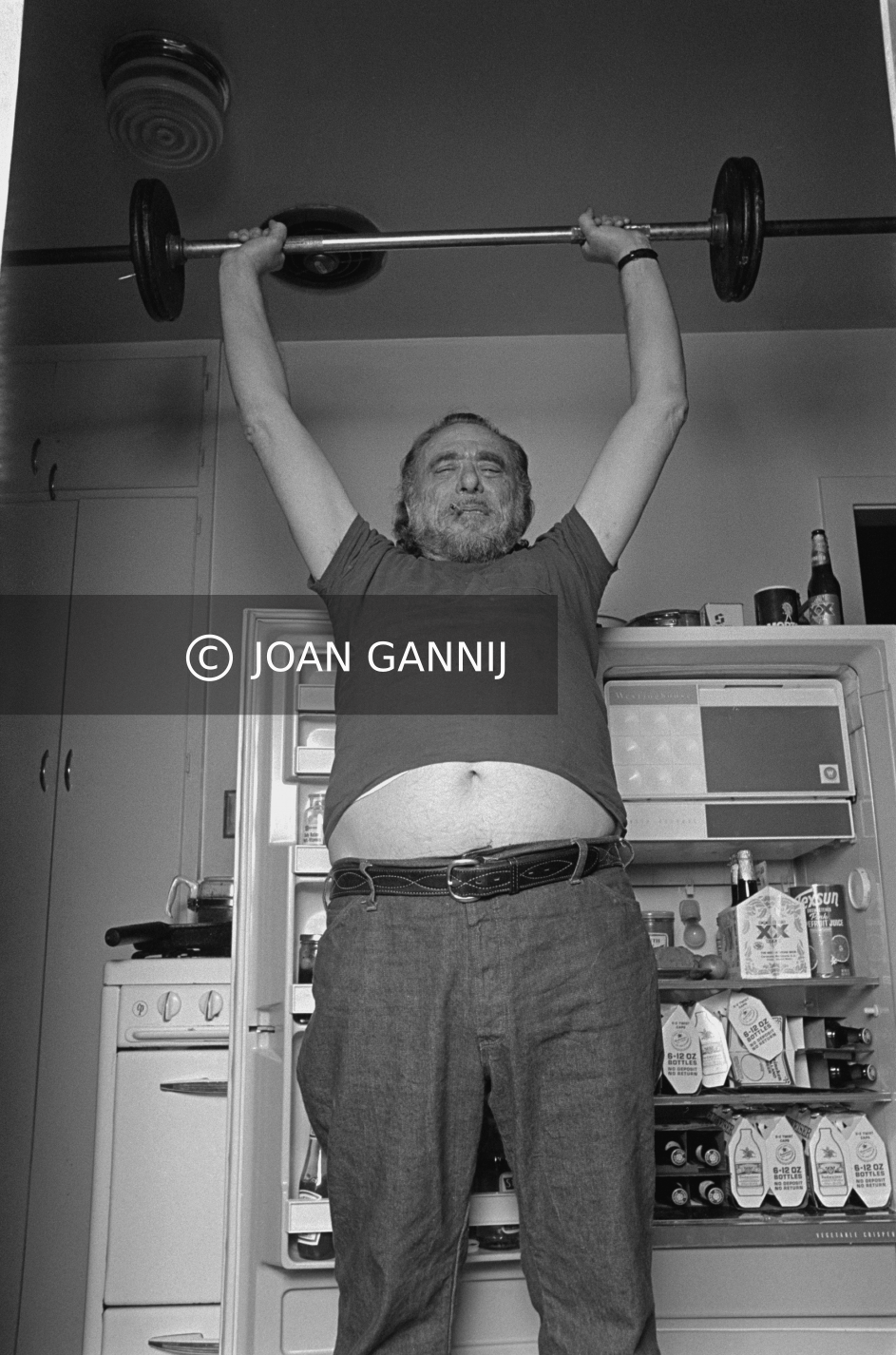 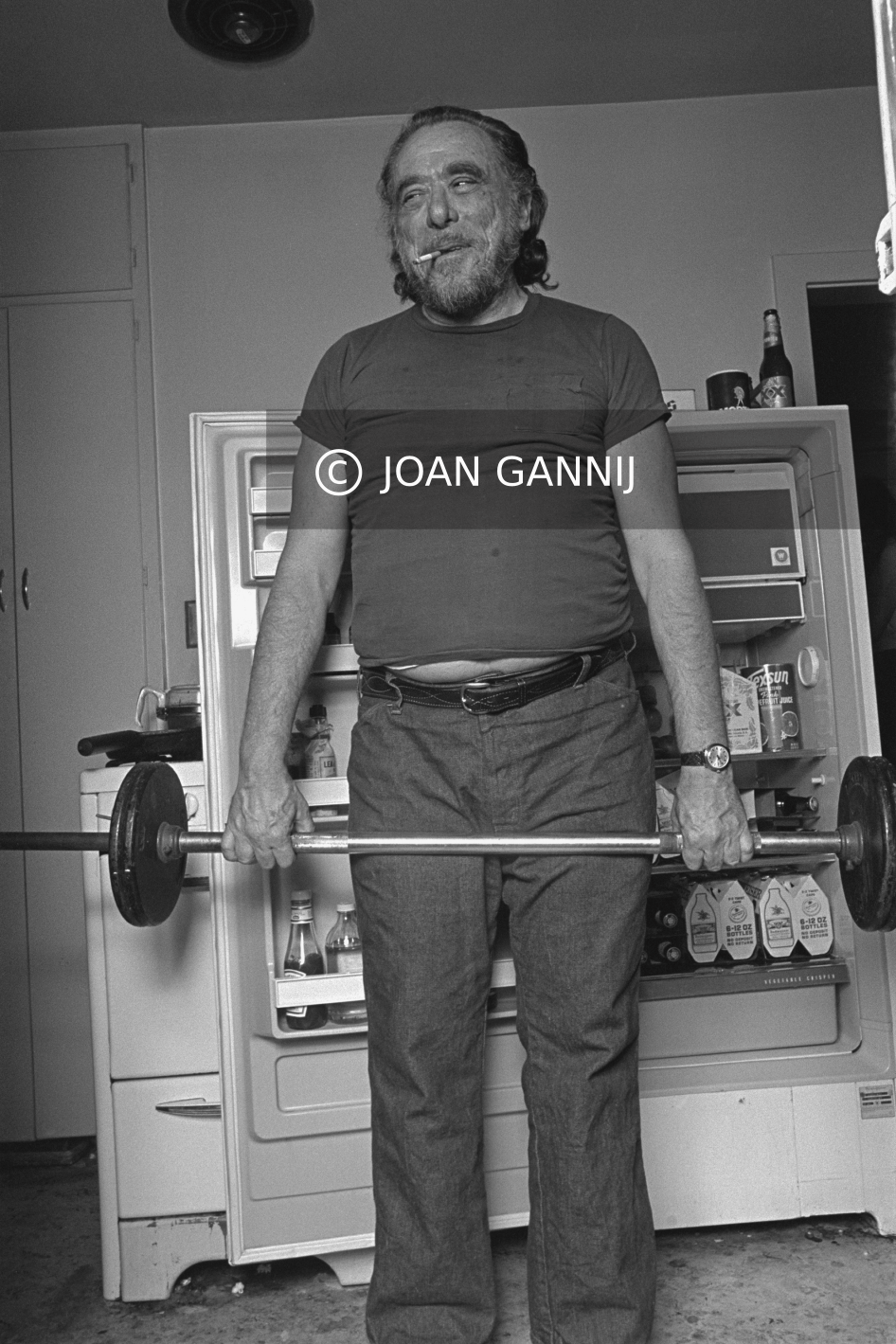 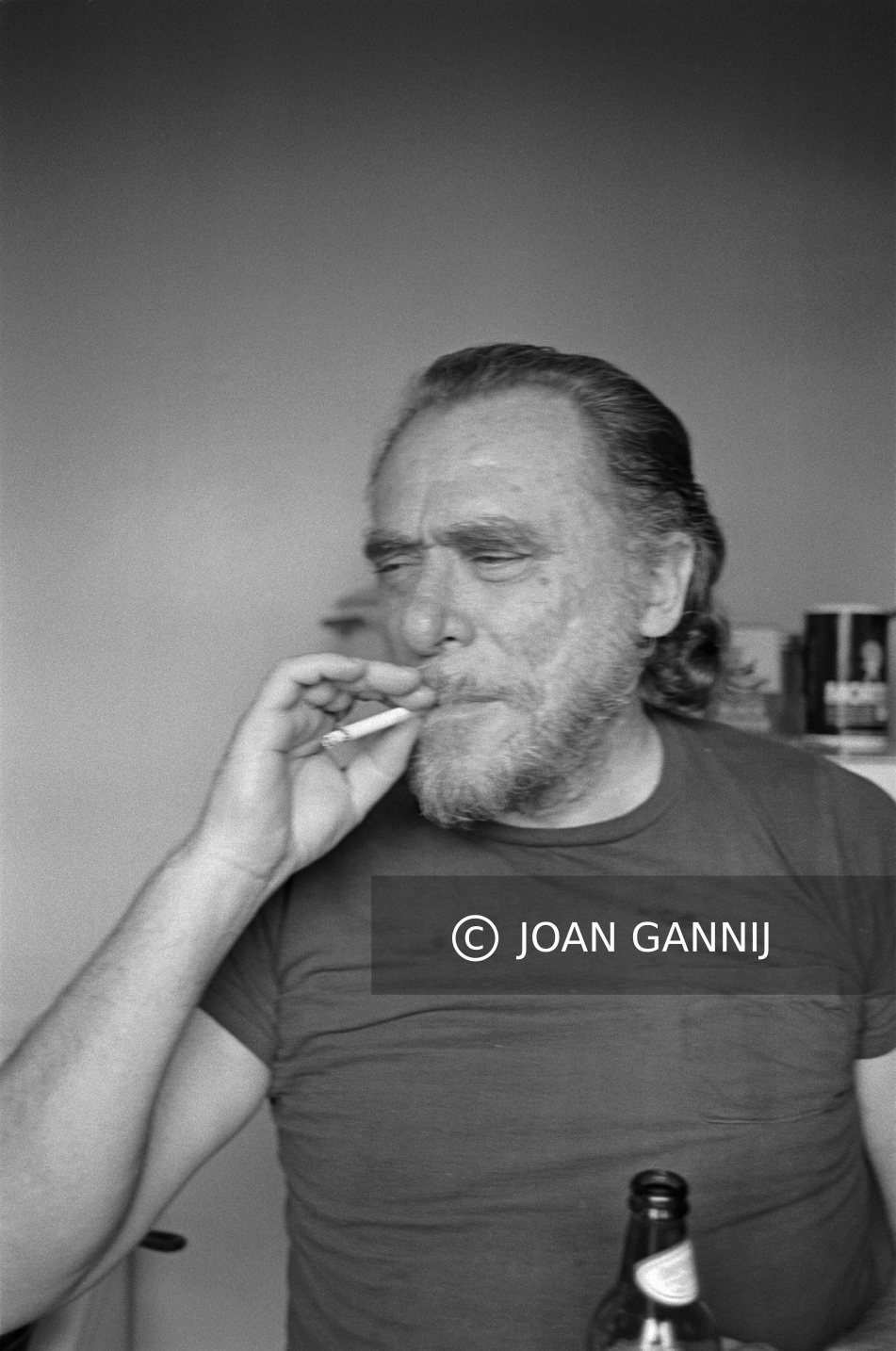 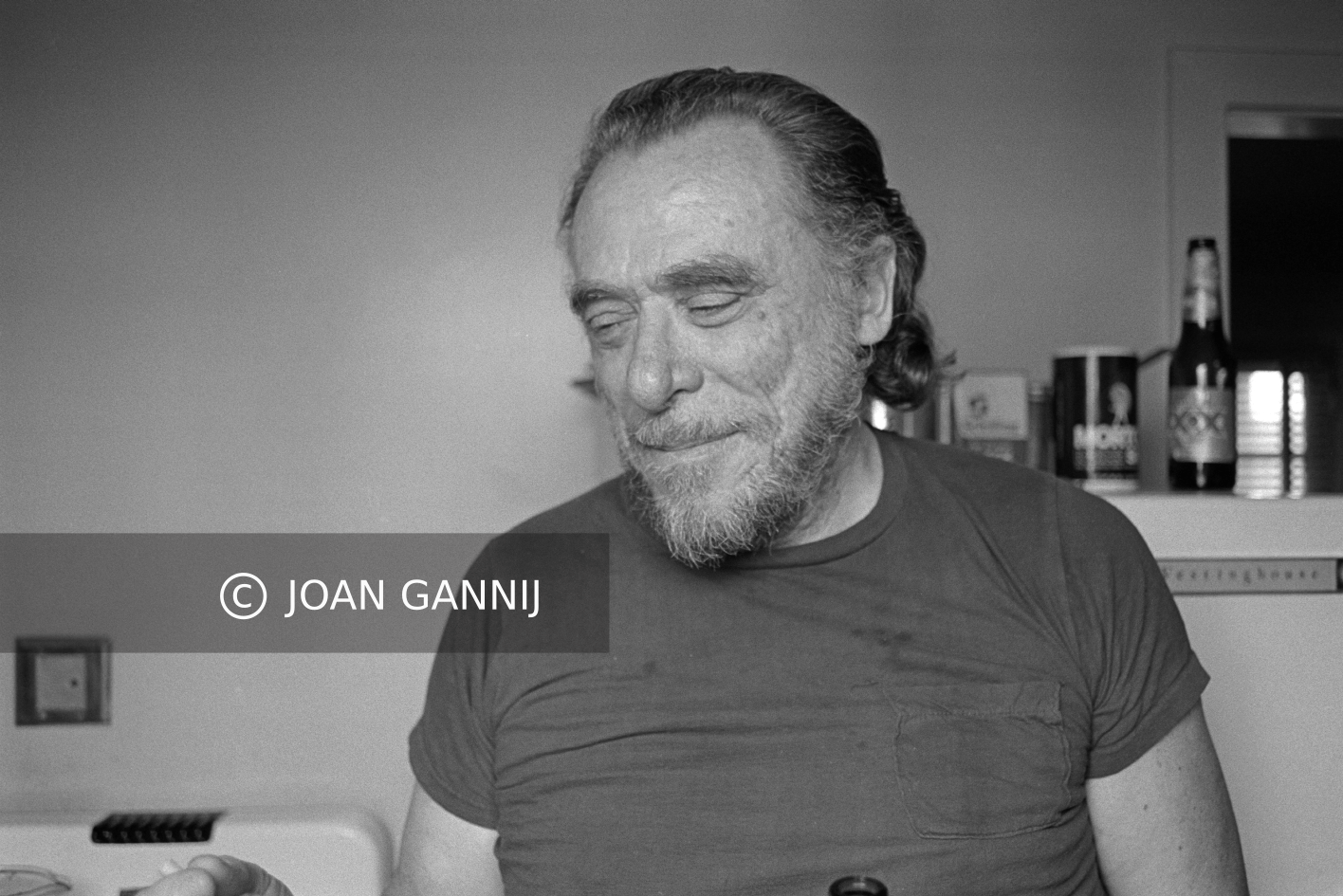 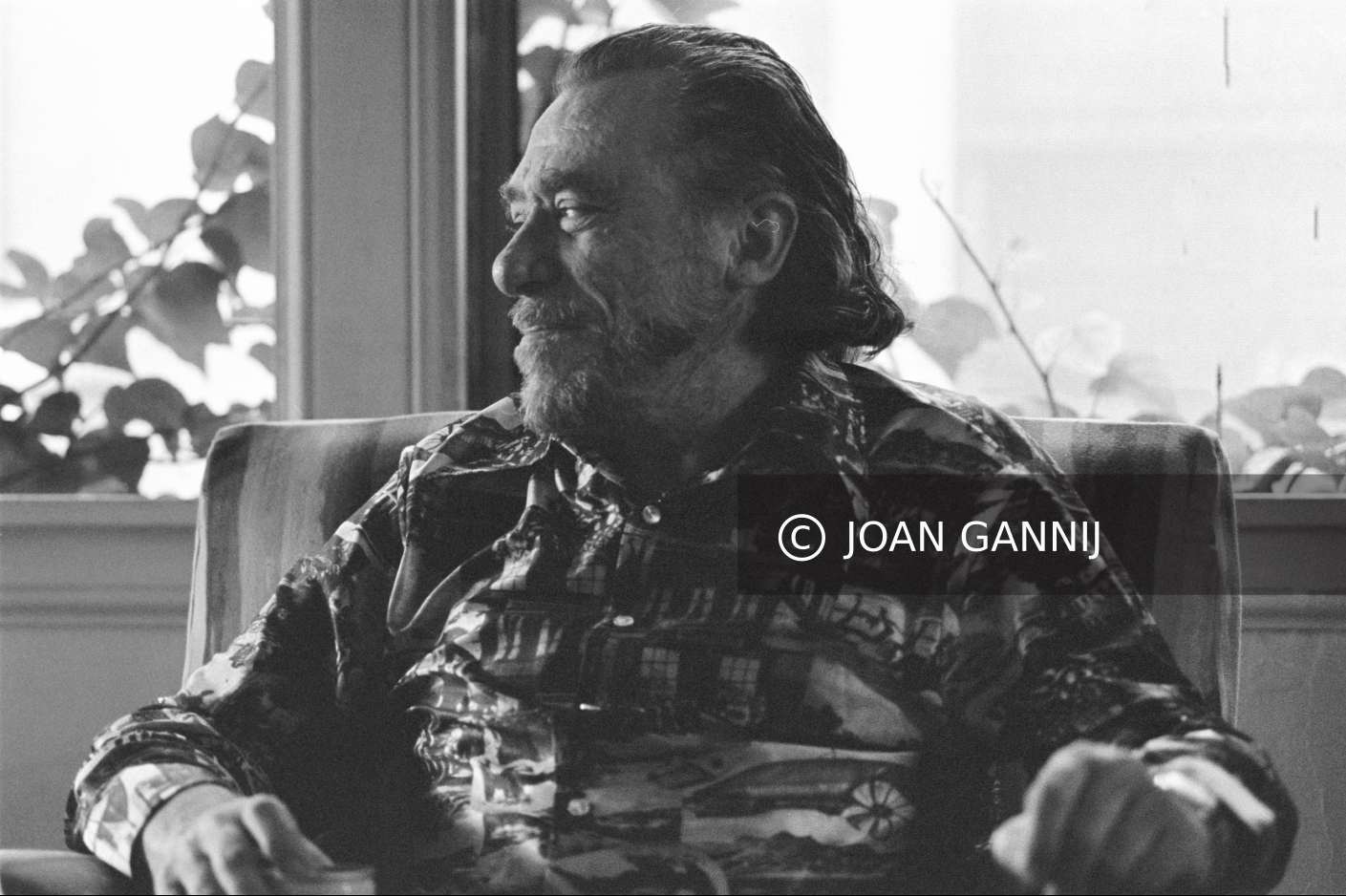 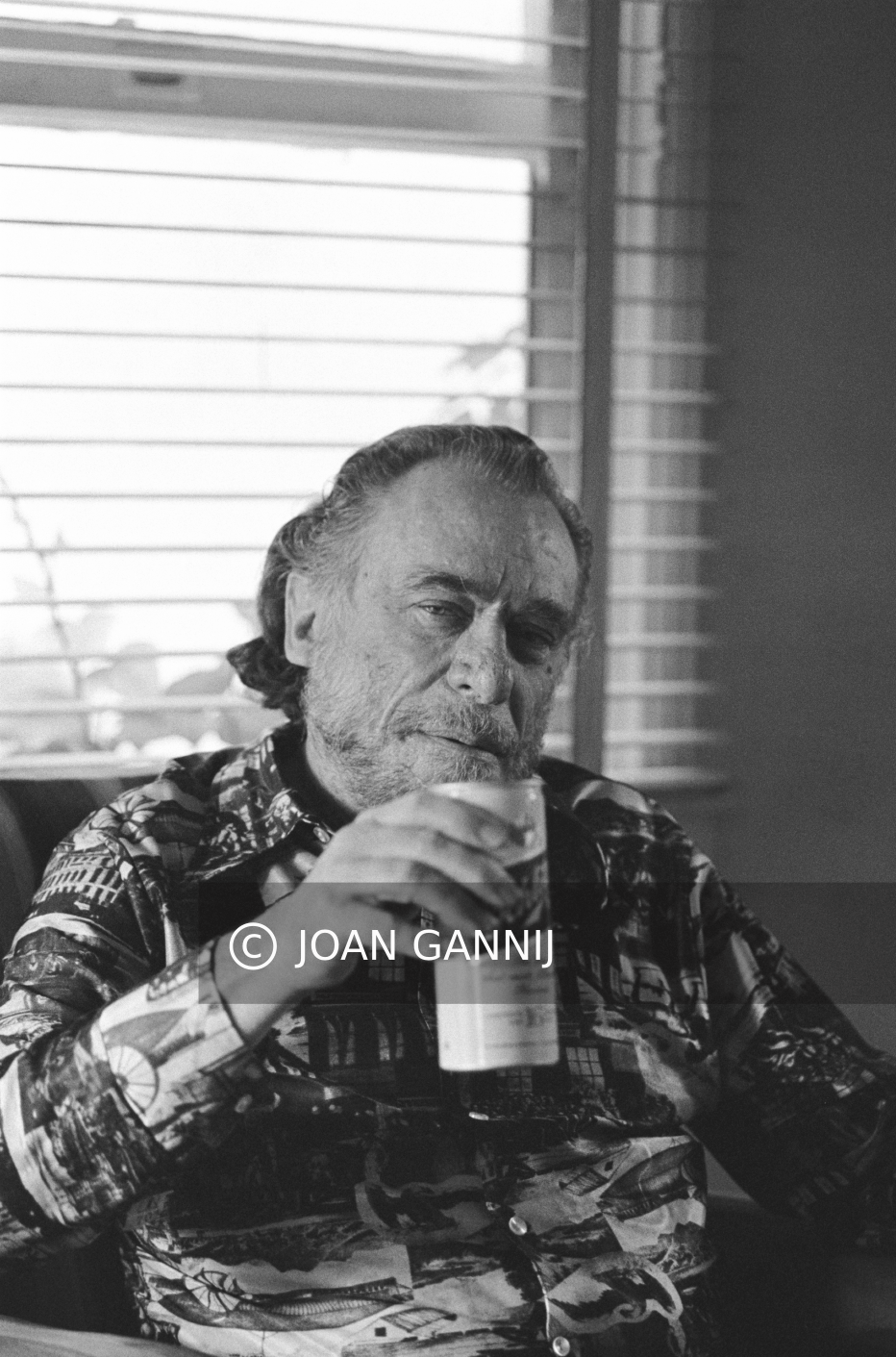 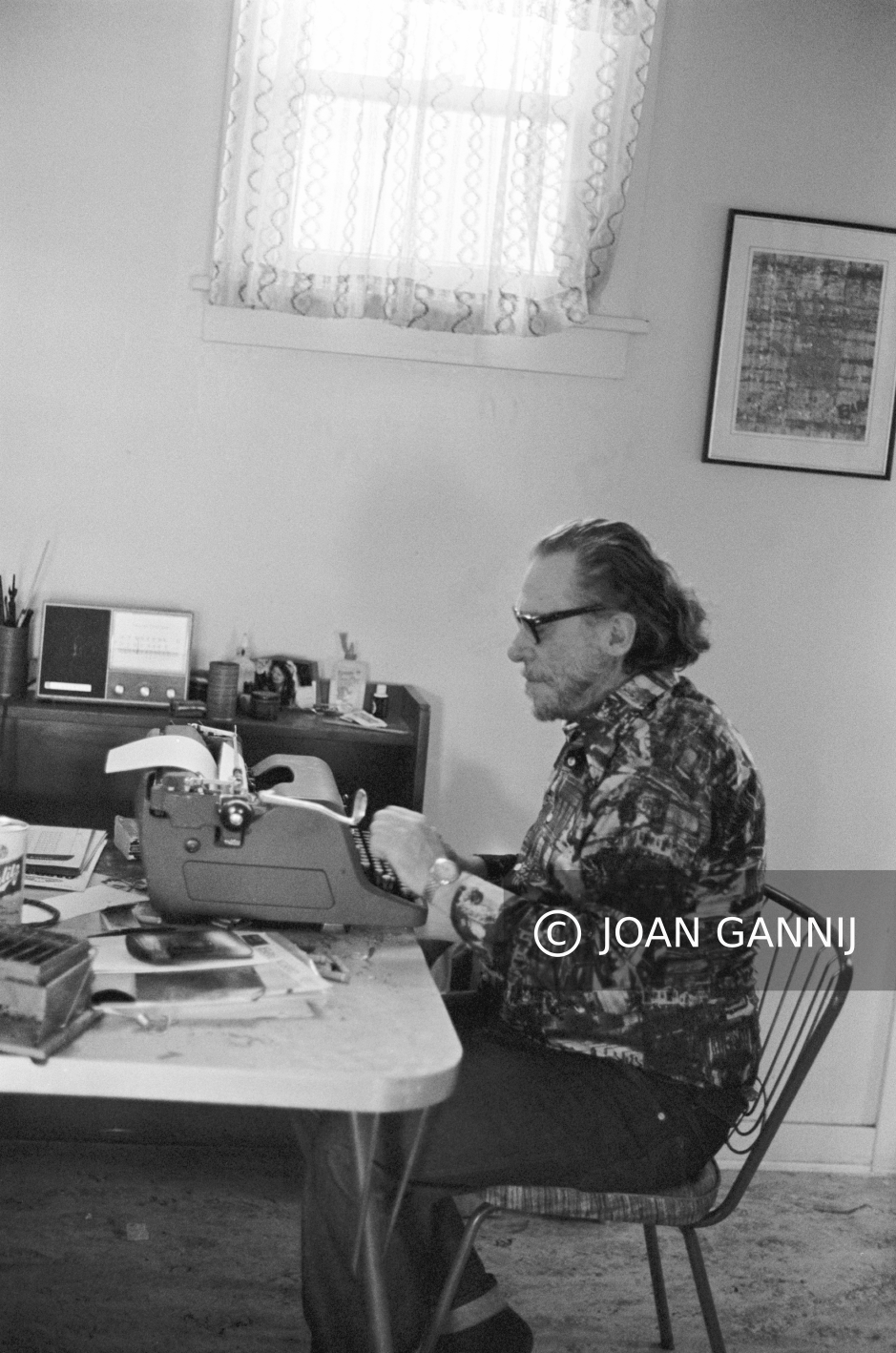 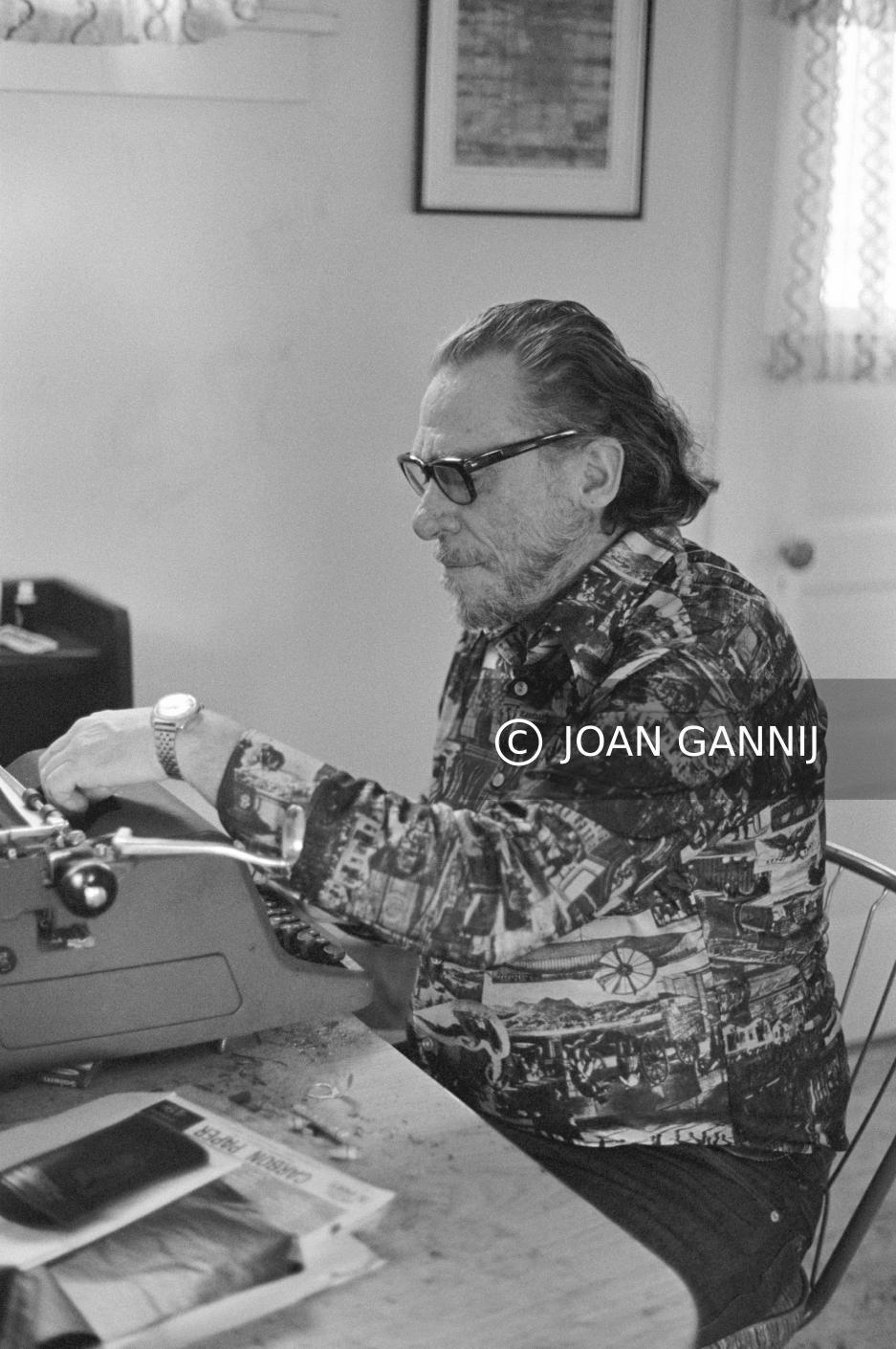 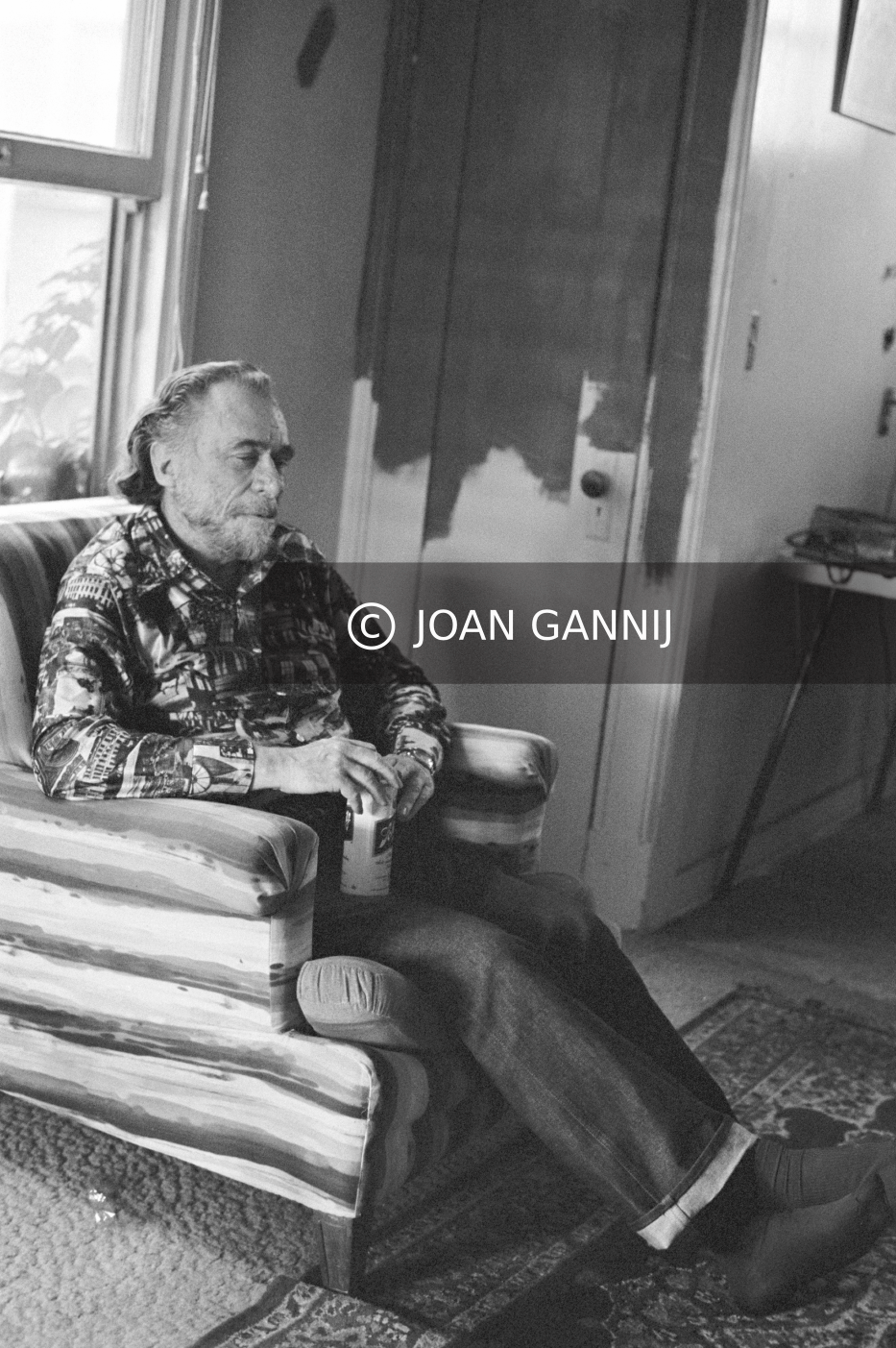 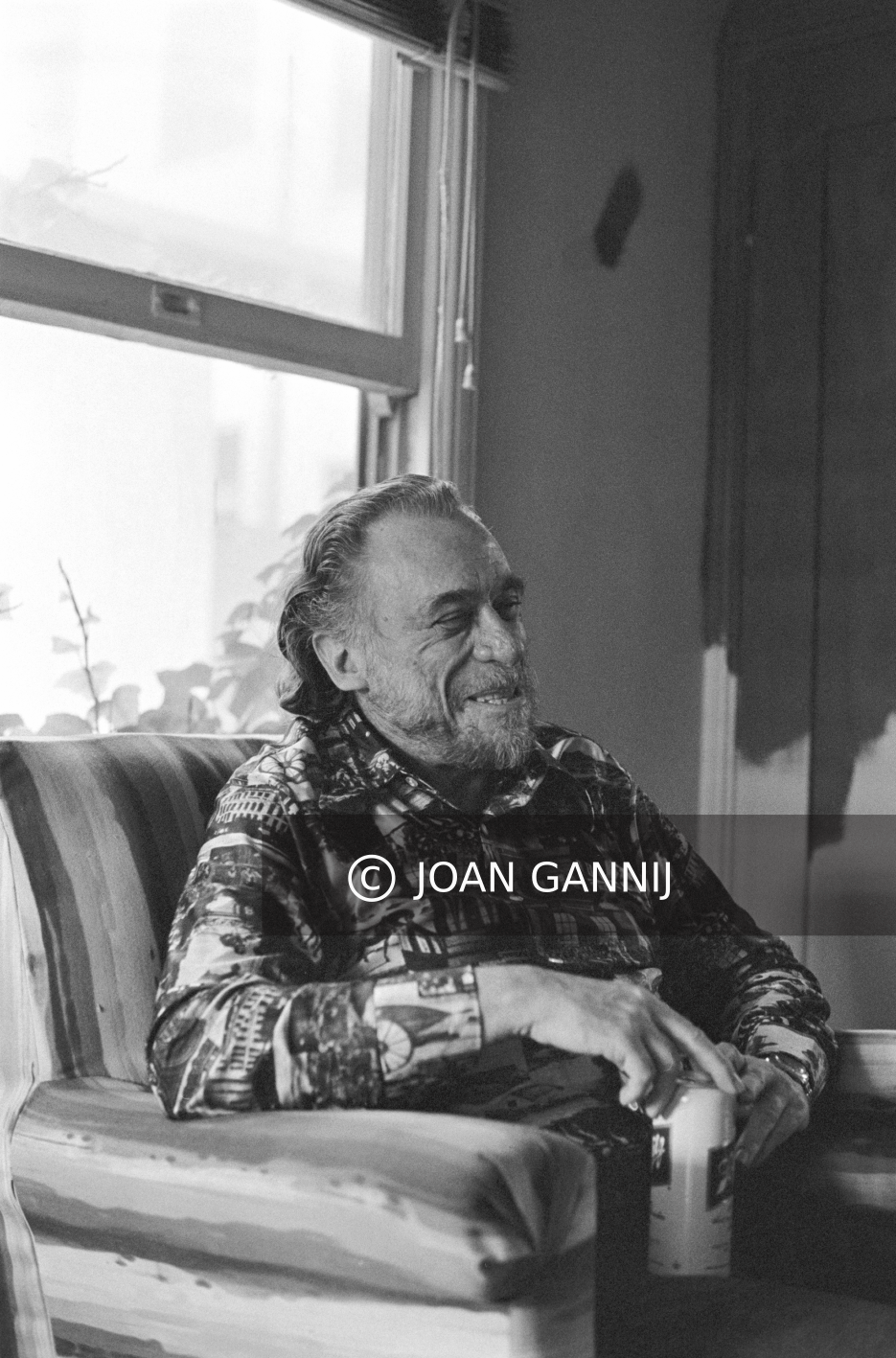 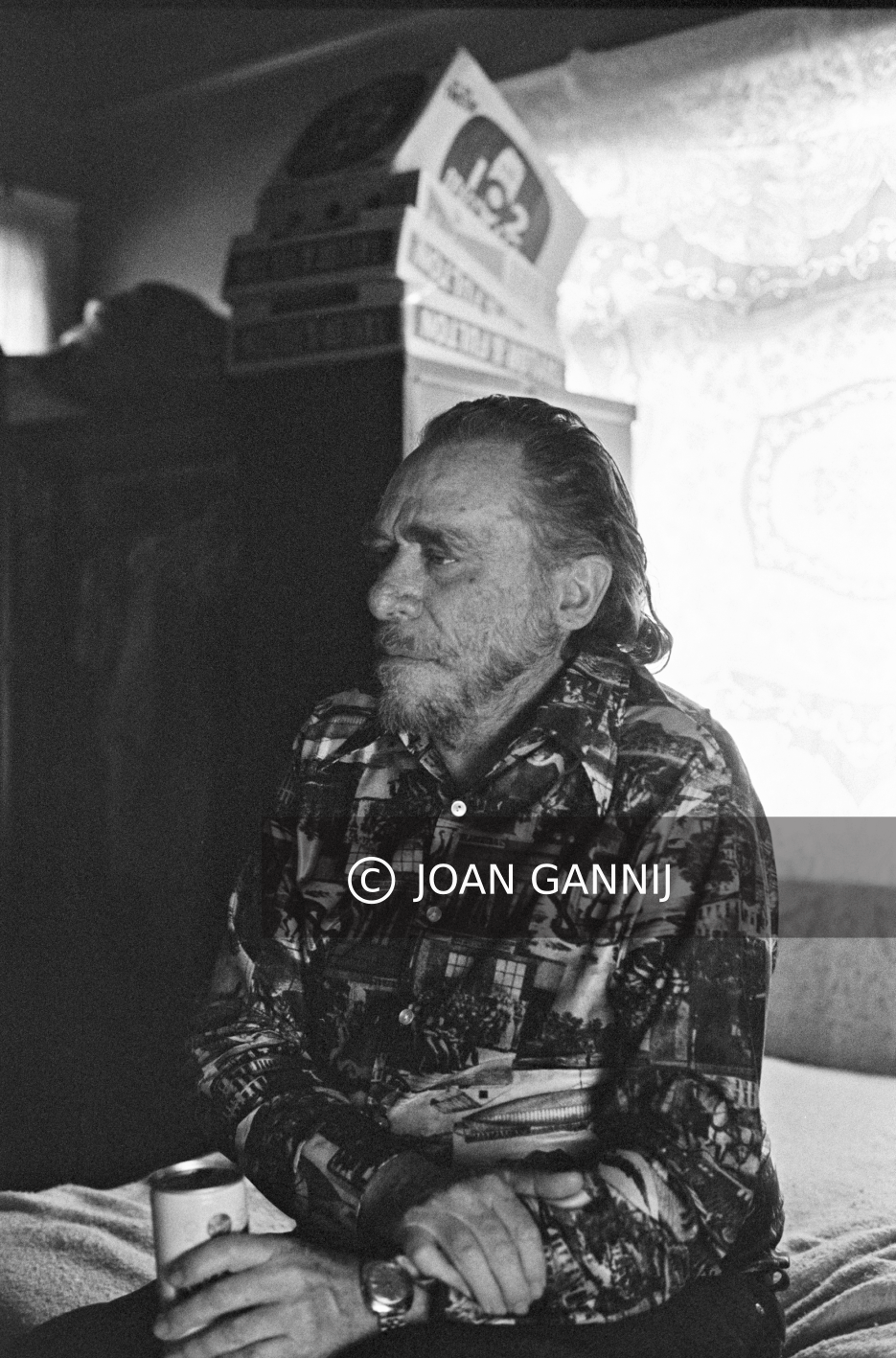 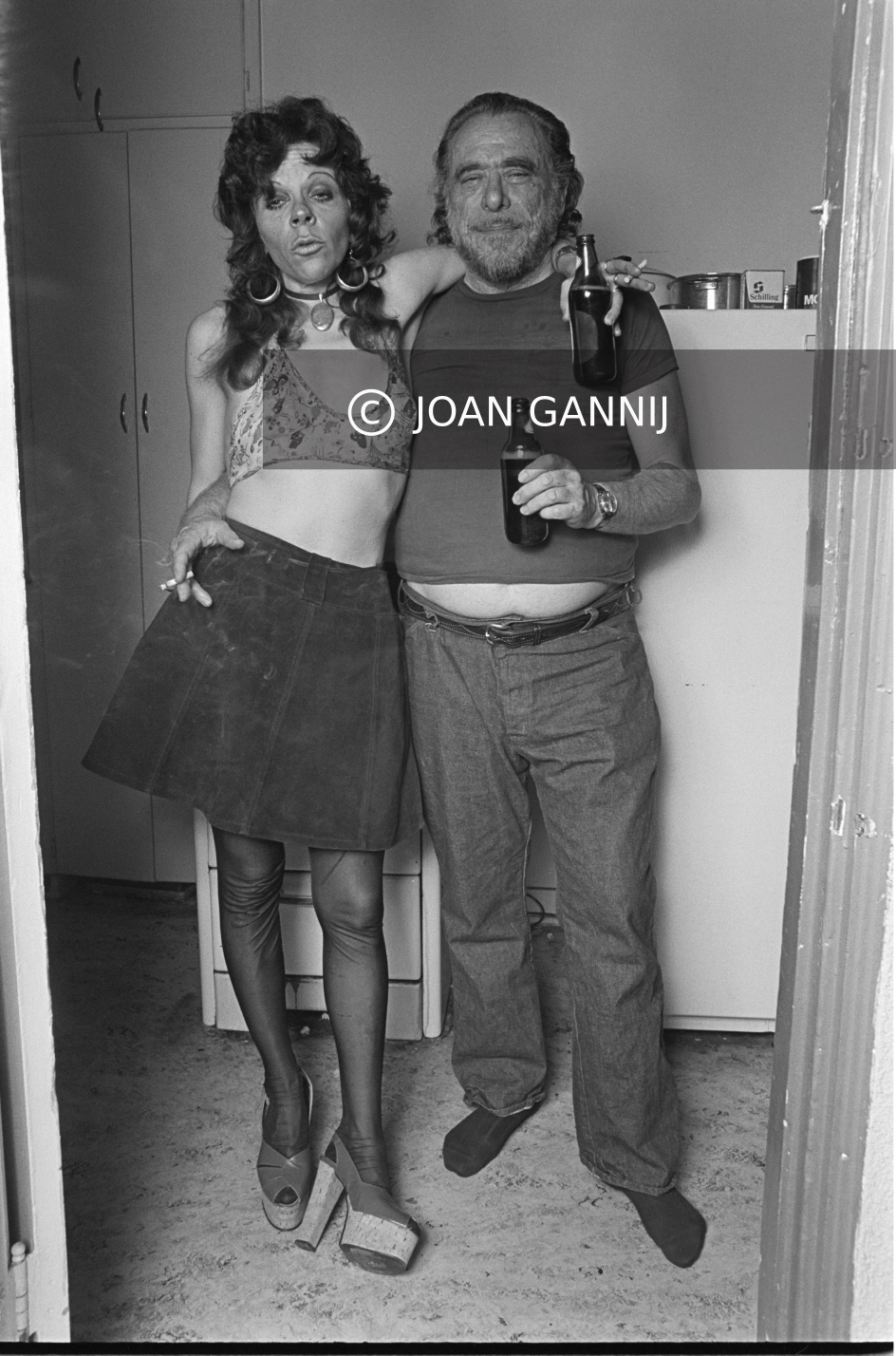 “THE CRUELTY OF LOVELESS LOVE”